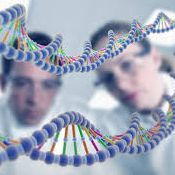 Should researchers and scientists be able to claim human DNA as their intellectual property? That is the question the U.S. Supreme Court must now decide after hearing oral arguments yesterday. Robert Barnes of the Washington Post reported that the Justices expressed trepidation as they listened to the parties’ explanations of patent law and the complexities of biochemistry.

A coalition of researchers, genetic counselors, cancer survivors, breast cancer support groups, and scientific associations filed suit in 2009 against Myriad Genetics, a Utah biotechnology company, challenging the company’s patent of genes BRCA1 and BRCA2. Myriad discovered and isolated the two genes, BRCA 1 and BRCA 2, which are highly associated with hereditary breast and ovarian cancer. Myriad patented its discovery and the company now has a 20-year monopoly over the use, research, diagnostics and treatment of the genes.

Despite the large number of patents for human genes, much of the medical profession do not favor patents on DNA. The group of researchers and scientists who filed the lawsuit claim that Myriad’s patents claim rights to genes, which are a product of nature and therefore are not patentable. Opponents also contend that patents, such as Myriad’s patents for BRCA1 and BRCA2, improperly put constraints on medical research and diagnostic testing. They see patents for genes as an attempt to monopolize and block future exploration in the field of genetics and personalized medicine.

Myriad, on the other hand, supports the patents in arguing that the company has isolated these specific genes and thus they are a product of human ingenuity, not nature. Myriad’s lawyer, Gregory Castanias, claims without “the incentives offered by a strong and stable intellectual property system,” companies like Myriad may not receive the capital and support necessary to evelop new treatments and introduce them to the medical field. One possible resolution to the debate is to look to see how other countries handle the issue. Most countries grant patents on genes but with specific exceptions to them, allowing researchers and diagnostic developers to use the genes freely.

Although this seems like a basic and logical solution, the process would be arduous for the Supreme Court, as they would have to enlist the help of Congress to change the current Patent Laws. The Supreme Court’s decision will also determine the effect of patenting human DNA and generics has on scientific research and its patients. Even the Justices verbalized the heavy burden of the decision on Monday. In questioning whether the Court had to immediately decide on this issue, Justice Samuel A. Alito Jr. appropriately framed the question, “Why should we jump in … and decide the broadest question possible?”