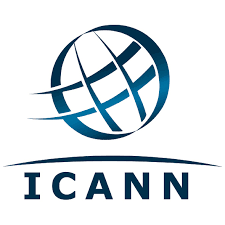 The Internet Corporation for Assigned Names and Numbers (ICANN) announced last June their decision to expand internet domain space through the new generic Top-Level Domain (new gTLD) program. The program will allow for potential domain owners to create their own top level internet domain name which constitutes the “.com” part of a web address. While domain names typically consist of Latin characters, ICANN will also allow for non-Latin characters such as Arabic, Spanish, Chinese, and other approved languages.

The new gTLD program seeks to increase consumer motility and stabilize internet usage by stimulating competition among registry service providers. To this date, the application process has garnered almost 2000 application submissions. Business organizations such as Google have already applied for multiple domain names such as .google, .youtube, and .lol.

Despite the high number of applications, the intellectual property community has raised several points of concern over ICANN’s new proposal. The initial cost of application for a new Web suffix is $185,000 in addition to $25,000 per year for a decade to maintain rights to that domain. The financial criteria for domain ownership will by itself significantly slim down the pool of potential gTLD applicants.

Furthermore, trademark holders are concerned that new domain names may directly infringe on their intellectual property rights and create unwanted advertisements or associations to their products. Trademark holders argue that the new gTLD program will force those who want to protect their intellectual property to buy up expensive domain names, a precaution that is financially taxing and practically unfeasible for everyone.

However, ICANN has offered an alternative solution to this. The establishment of the Trademark Clearinghouse (TMCH), effective March 26, 2013, will provide trademark protection for any trademark holder, individual, or company who registers with the system. The TMCH was built into the new gTLD program to centralize and monitor all registered trademarks so no violations would occur. The TMCH will act to prevent trademark violations from occurring in a systemized and coordinated way, but it will also come with a cost. Each trademark registration with Clearinghouse will cost anywhere from $95 to $150 a year.