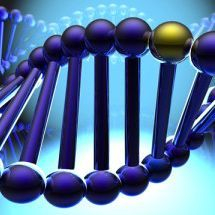 In a unanimous ruling on June 13, 2013, the U.S. Supreme Court held that human genes are not patentable…or at least not natural human genes. Although all nine Justices said that naturally occurring isolated biological material is not patentable, their ruling was still a compromise by allowing for the possibility of a patent on the synthetic version of the gene material.

Myriad patented its discovery, allowing the company a monopoly over the use, research, diagnostics and treatment of the genes. Myriad was also the only company that could perform tests for potential abnormalities. In April 2013, the Supreme Court began the trial on whether researchers and scientists are able to claim human DNA as their intellectual property.

Specifically, the issue focused on whether “products of nature” can be treated the same as “human-made” inventions in order for the individuals and companies who have isolated the specific genes to have the exclusive intellectual property rights to these genes.

The Supreme Court found that Myriad did not create or invent anything for purposes of patent law. “Myriad did not create or alter any of the genetic information encoded in the BRCA1 and BRCA2 genes,” Justice Clarence Thomas said in writing for the Court. “[Myriad] found an important and useful gene, but separating that gene from its surrounding genetic material is not an act of invention,” Justice Thomas further clarified.

In the ruling, the Supreme Court also supported the Obama administration position that although DNA is not patentable by itself, Complementary DNA, or “cDNA” can be. Complementary DNA is artificially synthesized from the genetic template and engineered to produce gene clones. Justice Thomas claimed, “cDNA does not present the same obstacles to patentability as naturally occurring, isolated DNA segments.”

This compromised ruling does not come as a shock to the public since the Justices ave previously expressed their hesitancy to allow for patents on human genes and the profound impact it would have on pharmaceuticals and genetically modified crops. However, one surprise in the ruling was that all but one Justice signed off on the ruling.

Instead, Justice Anton Scalia wrote a separate opinion agreeing with all parts of the opinion except Part I-A, the paragraph that describes what genes are, what they do and how they’re created. Scalia wrote, “I am unable to affirm those details on my own knowledge or even my own belief.”

Regardless of Scalia’s understanding or belief of genes, this ruling has already had a major impact on the medical community. Immediately after the ruling, at least three companies and two university labs said that they would now begin offering genetic testing in the field of breast cancer. Along with companies having the ability to offer genetic testing, the costs of these tests are also expected to fall for patients.

Dr. Harry Ostrer, a professor at Albert Einstein College of Medicine and director of genetic and genomic testing at Montefiore Medical Center in New York said, “I’m thrilled. We can offer BRCA 1 and 2 testing to low-income women without concerns about how it will be paid for.” Furthermore, scientists will be able to research the BRCA genes without fear of being sued.

Even Myriad found solace in the ruling. Peter D. Meldrum, president and chief executive officer of Myriad, said the company believed the court “appropriately upheld our claims on cDNA.” He also stated that the ruling “underscored the patent eligibility of our method claims, ensuring strong intellectual property protection for our BRACAnalysis test moving forward.”