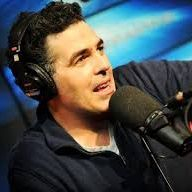 On January 17 2013, Carolla’s former business partners and friends, Donny Misraje, Kathee Schneider-Misraje and Sandy Ganz, filed a lawsuit against Carolla for eleven claims in total, including: breach of partnership agreement, breach of fiduciary duty, breach of employment contract, violation of labor code, and violation of the business and professions code. Carolla’s former business partners argue that Carolla broke their partnership agreement and failed to pay them for the work they invested and compensation before they were let go from the company in 2011.

The former employees of Carolla contend that their relationship ended after they sought to enforce their rights to equal decision making for the company. In the same week, Carolla faces another lawsuit, only this time for patent infringement. Personal Audio, LLC, a patent licensing company, has filed suit against three podcast networks for patent infringement related to podcasting. This lawsuit comes in the wake of a successful jury verdict won by Personal Audio against Apple in Texas for infringing the patent playlist technology. The verdict for Personal Audio resulted in an $8 million judgment plus $4 million in interest. Personal Audio now seeks to go after the heavy-hitters of the podcast world including ACE Broadcasting Network,HowStuffWorks.comand TogiEntertainment.

Personal Audio claims to own the rights to the technology that enables podcasting back in 1996. The company describes Patent 8,112,504 as a “system for disseminating media content representing episodes in a serialized sequence.” The company states it was originally invented in an effort to develop a personal, portable audio system that would offer a customizable listening experience.

Although Personal Audio may have a valid claim, an obstacle the company must overcome is the fact that the patent was not issued until 2012 yet podcast technology has been available since 2001. The company assures that it has a “precursor to podcasting,” filed in in 1996, which led to this patent. If Personal Audio succeeds in its claim for patent infringement, this lawsuit could have a profound impact on the availability of podcasts and other media content to the public through iTunes and similar outlets.