DRIVING INNOVATION IN THE UNITED STATES 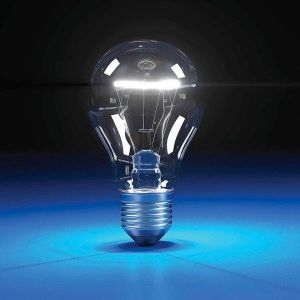 Innovation is critical to staying competitive in a global marketplace. It’s what keeps our economy moving—driving the growth of jobs with better wages and creating a higher standard of living for all. For most of the 20th century, the U.S. has been the worldwide leader in innovation.

Development of the Problem

Although the recession of 2008 hit the economy hard, it still doesn’t explain why wages have been stagnant for years, jobs have been drying up, and education—especially in science, technology, engineering, and mathematics (STEM)—has been in decline. In other words, there has been an obvious decline in U.S. innovation.

What has caused this decline? Some believe that the influx of foreign students on F-1 visas in the late 1990s into STEM graduate and Ph.D. programs suppressed wages in those industries, driving U.S. students into outside fields. U.S. education programs, in general, may have also played a role, emphasizing literacy in elementary education, for example, instead of math and the sciences. The increasing cost of university and graduate school attendance also plays a role. At the corporate level, an emphasis on profit at the expense of research and development is an additional factor contributing to the decline in innovation.

Getting Back on the Innovation Track

The U.S. Chamber of Commerce report identifies three critical steps to getting the U.S. back on the innovation track. First, federally funded research and development must team up with universities, institutions and the private sector. Second, our education system should prepare students with the necessary skills to pursue higher education in the STEM fields. Third, we need to develop adequate infrastructure to deliver new goods and services.

A U.S. Department of Commerce Report, The Competitiveness and Innovative Capacity of the United States (January 2012), estimates that a STEM workforce earns about 26% more than their counterparts in non-STEM occupations. They are also less likely to experience joblessness. In addition, STEM jobs over the past 10 years grew at three times the rate of non-STEM jobs.

To counterbalance the educational challenges of poor classroom preparation in STEM, the federal government is striving to make college and postgraduate education more affordable. Government initiatives also include expanding the size and quality of the STEM teacher ranks and mentoring students and workers to encourage continuation of their STEM education.

Just as important are the legal steps that haven been taken to address the decline of innovation in the U.S., such as the Leahy-Smith America Invents Act, signed into law by President Obama in late 2011. This law switched the U.S. rights to a patent from the previous “first-to-invent” system to a “first inventor-to-file” system for patent applications. In addition, the American Taxpayer Relief Act of 2012 extended the Research and Development Tax Credit, a tax credit widely believed to be a catalyst for innovation, from the end of 2011 through to 2013. Legislation has also been introduced to help startup companies, which generally cannot take advantage of a credit against tax liability (as it generally takes time before they turn a profit). The Startup Innovation Credit Act of 2013 seeks to provide startup companies with a credit to be applied toward employment taxes.

Transitional Period or the New Normal?

Innovation holds the key to long-term economic growth and creates many new industries, such as the wireless, software and information technology industries. These industries, in turn, employ more people earning above-average wages. The renewed emphasis on innovation may help the U.S. reemerge as a leader in innovation. Or it may be that, in a truly global economy, an increase in innovation in every country is the new normal. Either way, welcome to the 21st century.