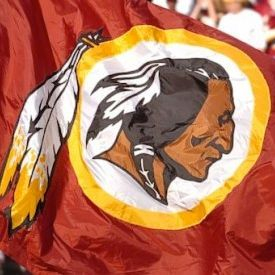 While the Washington “Redskins” name and logo remains a controversial topic of debate, a favorable judgment was entered for five Native Americans who filed a joint petition against the NFL franchise with the U.S. Patent and Trademark Office (USPTO) back in 2009. The petition called for the cancellation of six federal trademark registrations that included the term “Redskins,” alleging the team name was “disparaging” to Native Americans.

In a trademark cancellation proceeding held by the Trademark Trial and Appeal board (TTAB) on June 18, the board decided in Blackhorse v. Pro Football, Inc. (2014) that all six federal trademark registrations named in the initial petition must be cancelled on the grounds that the term was “disparaging of Native Americans, when used in relation to professional football services, at the times the various registrations involved in the cancellation proceeding were issued.”

Representatives for the Washington Redskins, whose trademark was first registered in 1967, have since filed an appeal claiming that TTAB ignored federal case law and infringed upon the franchise’s freedom of expression.

Can a Trademark Be Cancelled?

This is not the first time TTAB has voted to cancel the NFL team’s trademarks. In 1992, a group of Native Americans led by Suzan Harjo filed Harjo et al v. Pro Football, Inc., outlining complaints identical to those listed in Blackhorse. TTAB first ruled in favor of their petition to cancel the trademarks in 1999, but the D.C. Court of Appeals later reversed the decision in 2003, stating there was insufficient evidence to prove “disparagement” and that the 25-year-period between the trademark registration in 1967 and Harjo’s 1992 challenge occurred too late – constituting an undue delay in asserting a right or claim as to prejudice the adverse party.

Upon the reversal of TTAB’s first attempt to cancel the trademarks, the court found that a majority of the petitioners listed in Harjo were barred by laches, citing that the group’s 25-year delay between the trademark’s first registration in 1967 and the initial case filing in 1992 provided grounds for dismissal. Upon Harjo’s appeal, the U.S. Supreme Court denied certiorari for the case in 2009, affirming the district court’s 2003 decision and allowing the team’s federal trademark registrations to stand.

The trademark cancellation effort went on to continue in 2009 with Blackhorse v. Pro Football, Inc.—this time with younger petitioners who were not subject to laches. With TTAB’s recent decision to cancel the team’s trademarks for a second time, laches are no longer at issue – but whether or not the decision can withstand another appeal by Pro Football, Inc. will be decided in federal courts.

If federal courts affirm TTAB’s decision, Pro Football, Inc. will lose all legal benefits conferred by federal registration of the trademarks. These benefits include:

– The ability to use the federal registration ® symbol

– The ability to record the registrations with the U.S. Customs and Border Patrol Service so as to block the importation of infringing or counterfeit goods

The decision does not, however, require the team to change its name or stop using the trademarks at issue. Losing federal registration of a trademark does not necessarily mean the owner loses all legal rights to the mark, this is due to the fact that trademark rights in the U.S. come from use of the mark on or in conjunction with goods or services, not solely from the optional step of federal registration.

The TTAB is only concerned with determining the registration of a mark and not whether that mark can be used. The mark’s owner still may have rights to the mark based on use-based or “common law” rights that continue to exist even after federal registration is cancelled. Common Law rights involve rights governed by state law rather than federal statutes. Pending appeal, the team will continue to hold trademark protection until a final decision is reached.