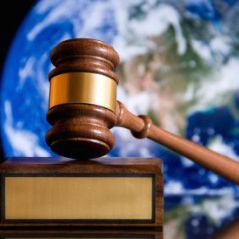 The report highlighted the inadequate efforts of foreign countries such as China and India. The repot further accused these countries of misappropriating trade secrets, which puts U.S. intellectual property rights holder’s at a significant disadvantage.

The Special 301 subcommittee reviewed 72 U.S. trade partners and focused on assessing their intellectual property enforcement, as well as other related market areas affecting intellectual property. Their assessment identified whether a particular trading partner should be named as a priority foreign country and whether it should be placed on the regular Watch List or on the Priority Watch List.

Countries named on the Priority Watch List include Algeria, Argentina, Chile, Ecuador, Indonesia, Kuwait, Pakistan, Russia Thailand, Venezuela, India, Ukraine, and China. Countries on the Priority Watch List are the countries in which the United States is particularly concerned about regarding the enforcement of intellectual property rights. These countries have exhibited failure to stop knockoff products such as pharmaceuticals, software and digital media.

There is also a trend in which the countries on the Priority Watch List fail to provide penalties for copyright and trademark infringement. Although in some countries, investigation and prosecution does take place, the imposed penalties are not enough to make infringers refrain from committing the same crime again.

The U.S. has encouraged China to engage with foreign governments and stakeholders to make sure that the regulatory intellectual property reforms are articulated properly and clearly. There has been an effort to make a bilateral cooperation. The U.S.-China Joint Commission on Commerce and Trade (JCCT) and the U.S.-China Strategic and Economic Dialogue (S&ED) are two of the most significant bilateral annual trade engagements between the United States and China.

The USTR plans to continue to engage in trade with the listed trading partners. They will use the trade relationship to conduct extensive discussions regarding trade regimes and encourage the countries to reevaluate their enforcement on intellectual property. The USTR hopes that using trade as a bargaining tool will be effective in improving intellectual property protection in foreign countries.

The USTR plans to work closely with the governments of the countries on the Priority Watch List to address more concerns regarding the infringement of intellectual property rights.