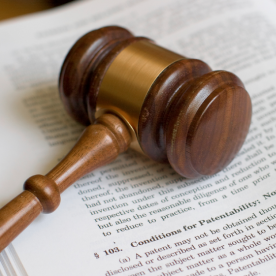 For years, patent holders have utilized the strategy of suing on patent infringement claims as a means of profitability. However, recent trends in court rulings and proceedings have demonstrated that in the fast-growing technology sector, patent litigation may not be worth the time, effort and costs.

One such case involves technology conglomerates Apple Inc. and Samsung Electronics Co. In 2011, Apple filed a patent infringement claim against Samsung, alleging that a range of Samsung’s products including the Nexus S, Epic 4G, Galaxy S 4G, and the Samsung Galaxy Tab had infringed on seven of Apple’s design and utility patents.

Since then, both companies have been embroiled in litigation in locations ranging from California to South Korean Courts, which has demanded vast amounts of resources from both sides. Finally after eight months, a verdict was reached. On August 24, 2012, a jury trial awarded Apple $1.05 billion in damages. The jury found that Samsung was guilty of violating six of seven Apple patents including the iPhone’s “Bounce-Back Effect” (US Patent No. 7,469,381) and “Tap to Zoom” (US Patent No. 7,864,163) features. However, Apple’s legal victory was short-lived. Since the ruling, Apple has been plagued with technical and legal setbacks. Judge Lucy H. Koh overturned the jury verdict by reducing damages and ordering a retrial. The United States Patent and Trademark Office (USPTO) has even gone as far to invalidate some of Apple’s patents.

So the question remains, is patent litigation worth the cost? It seems that the Apple v. Samsung case reveals that patent holders should be wary of the pitfalls in pursuing litigation. Even if the patent holder receives a ruling in its favor, the ruling is still subject to being altered or overturned on appeal. Hence, while the patent holder may have won one leg of the legal battle, the opposition still has opportunity to make the victory short-lived. In the case of Samsung v. Apple, while Apple won the jury verdict back in 2012, Judge Lucy H. Koh overturned the judgment by November 2013 and reduced damages awarded to Apple by $450.5 million. Judge Koh further ordered a retrial to recalculate further damages, drawing out the already lengthy trial to an uncertain deadline.

In addition, patent litigation may even result in a reverse effect. Patent holders who overvalue their patents and sue for a significant amount might end up empty handed by the end of the court process. When Google’s Motorola Mobility unit sued Microsoft, it alleged that Microsoft had infringed on its patents and demanded $4 billion in royalties for violating Motorola’s intellectual property relating to wireless communication and video compression. However, Motorola was severely disappointed when the results of the litigation backfired. U.S. District Court Judge James Robart ruled that Microsoft should pay Motorola only $1.8 million a year in patent royalties, a small fraction of what Motorola demanded originally.

This example is a classic case of patent holders overvaluing their patents and deciding to pursue lengthy and costly patent litigation in belief of receiving high monetary award. But Motorola’s case against Microsoft serves as an example that patent litigation may no longer be a profitable strategy. This case set precedence on the guidelines to patent valuation and it appears the Courts are quashing patent holders’ dreams of high profitability by only awarding a moderate amount.

The Effect of Technological Advances

Another difficulty in patent litigation is that patent holders cannot foresee certain external factors that can affect the outcome of the case. Recently, the USPTO in a final action notification invalidated one of Apple’s patents that Apple had sued Samsung for violating. The USPTO invalidated Apple’s “over-scroll bounce” patent in 2013 and previously, invalidated Apple’s “pinch-to-zoom feature.” This ebb and flow of external developments are bound to the verdict of the Apple v. Samsung trial. The case might be opened again after a final verdict or additional retrials might be resigned, once again drawing out the legal process.

Additionally, the courts are struggling to have patent litigation keep pace with the rapid growth of technology. Even if a patent holder wins a legal victory, the impact of that verdict may be diluted or rendered obsolete by the time trial ends. In the case of Apple v. Samsung, by the time a verdict was reached and Apple had filed for an injunction against the specific set of Samsung products found to violate its products, Samsung had already launched a new generation of products, replacing the ones that were allegedly infringing. As a result, litigation simply does not present a timely solution to patent infringement of certain technology.

In conclusion, the case of Apple v. Samsung demonstrates that patent litigation is not necessarily a profitable route any longer. Simply possessing patent rights to an invention is not a definitive defense in litigation. In addition, participating in lengthy and costly litigation drains the resources of technology companies and reduces that amount of time that could be better spent on cultivating new innovations than defending past developments. As such, patent holders should be wary of the pitfalls of litigation and stay realistic on the outcomes of the court process.