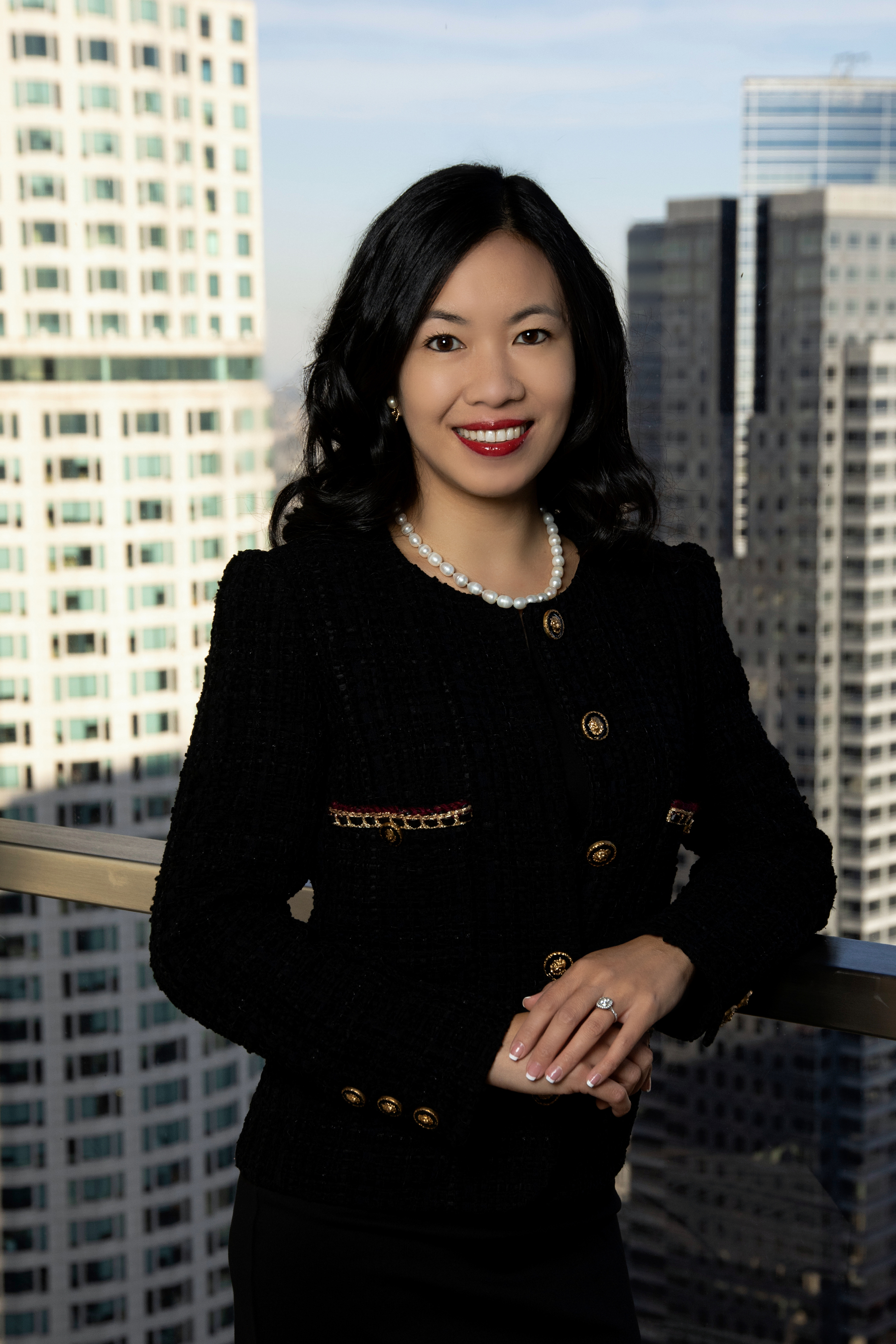 Elizabeth was admitted to the United States Patent & Trademark Office in 2007. At the age of 19, she earned her Bachelor’s degree in Electrical Engineering and Computer Science from UC Berkeley in two and a half years.

Elizabeth further has extensive experience dealing with family law issues involving child custody, child support, alimony, asset division, pre-nuptial agreements, and post-nuptial agreements. Being a divorced mother of two young children, she understands and can relate to clients who are also undergoing emotional divorces. She has represented family law clients both efficiently and compassionately at various stages of litigation and trial. Elizabeth earned her mediation certification in 2015 from the Los Angeles County Bar Association (LACBA) and has assisted many combative litigants in resolving their issues through mediation and Alternate Dispute Resolution (ADR).

Prior to practicing law, Elizabeth worked for Raytheon Company as an Electrical Engineer designing radar systems for the B2 Bomber. She has also interned at NASA Jet Propulsion Lab, working as a team member on the main control unit of the Mars Exploration Rover.

From 2016 to 2022, Elizabeth was awarded the “Top 100 Civil Lawyers” award and the “Top 40 Lawyers Under 40” award by the National Trial Lawyers Association. From 2017 to 2022, Elizabeth was recognized by Thomson Reuters Super Lawyers as a “Rising Star” ranking her in the top 2.5% of lawyers in California, and also presented with the Lawyers of Distinction award, recognizing her as the top 10% of lawyers in the United States.

Elizabeth is a best-selling author and to date, has published a total of 6 books.  In 2017, Elizabeth published her first best-selling book, “The Big Secret” alongside Jack Canfield, author of the Chicken Soup for the Soul series. In 2018, Elizabeth published her second book, “Stress-Free Divorce” to assist parties going through this very difficult time of their lives.  Her most recent books include: “The Authorities: Powerful Wisdom from Leaders in the Field,” “Women in the Modern Business World,” “Social Marriage,” and “Asian Women Who Bossup.”