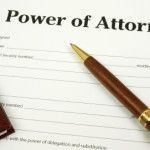 In the event that you are incapable of making decisions for yourself, assigning the power of attorney to a trusted relative or loved one is important in protecting your assets. The power of attorney is a legal document where an individual, also known as the principal, can appoint another individual to act on his or her behalf. The appointed individual is referred to as the “attorney-in-fact”, and has the legal authority to make decisions for the principal – in private, business, and certain legal matters – when he or she is unable to.

Disputes Over Power of Attorney