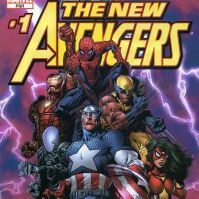 Marvel Comics and Jack Kirby’s estate reached a settlement this past Friday after a long legal battle over claims to intellectual property rights regarding several popular superhero characters. Kirby, who was responsible for creating the likes of Spider-Man, Captain America, The Hulk and many others, passed away in 1994; however, the dispute began when Kirby’s family, represented by attorney Marc Toberoff, began sending termination notices to Marvel and its licensees including Sony, Fox and Universal.

The settlement comes just days before the Supreme Court was scheduled to discuss whether or not the case would be granted certiorari. As Kirby’s employer, Marvel was initially considered the statutory author of Kirby’s content under the 1976 Copyright Act.

At issue, however, was whether Kirby was eligible for copyright protection regarding the characters he created back in the 1950s and 1960s, before Copyright law was amended. The issue centered around what constituted an “employer” under the 1909 Copyright Act, making the case especially crucial in outlining the balance of power between creative contributors and the companies that manage and distribute their original work.