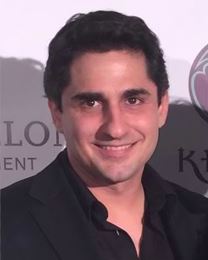 Danny Kazachki has an extensive legal and professional background, which allows him to help clients with a wide range of matters.

Danny arrived in the United States in his early teens, learning English as his fourth language after Bulgarian, German and Russian.  Danny won a scholastic state chess championship and earned a Black Belt in Tae-Kwon-Do, on his way to graduating from the North Carolina School of Science and Mathematics.

Danny has spent many years working at large law firms representing clients in various transactions with a focus on banking and finance, as well as M&A and private equity.  Most recently, Danny has been working as a solo practitioner on a broad range of transactional and litigation matters.

At the Yang Law Offices, we base our firm on the belief that our customers’ needs are of the utmost importance. We are committed to providing excellent service across our multiple locations in Downtown Los Angeles, San Gabriel Valley, Orange County as well as internationally.